KHACHATRYAN GRIGORY EMIL (born in 1957, Yerevan, Armenia) Maxillofacial Plastic Surgeon, Ph.D., Associate Professor. He has been the head of the Department of Maxillofacial and Plastic Surgery at the Yerevan Clinical Hospital N3 and the "Modern Implant Medicine" medical center since 1999.

From 1974-1979 studied at the Department of Dentistry of Yerevan State Medical Institute.

From 1979-1980 completed the residency at Yerevan Dental Polyclinic N 3.

In 1984 studied at the Scientific Research Center of Plastic Surgery in Moscow.

In 1986 participated in the qualification courses for department heads at the Faculty of Surgical Dentistry of the Leningrad Institute for the Improvement of Physicians.

From 1989-1991 studied at the Regional University of Maxillofacial Surgery (Nantes, France) in 1996 at the Sick Children’s Hospital (Toronto, Canada).

In 1998 completed an internship in the hospitals of St. Luke's at the University in Marseilles, Brussels, and Hamburg.

From 1980-1982 worked at the Noratus Medical Ambulatory of the Central Regional Hospital in Kamo.

From 1993-1999 he headed the Maxillofacial Surgery Department of the Institute of Surgery after A.Mikayelyan.

In 1996 he defended his dissertation and got the Doctor of Medical Sciences degree.

He is an active member of the "European Association of Craniofacial Surgeons" (EACMFS).

He is a founding member of the Armenian Association of Oral and Maxillofacial Surgeons.

He is the author of more than 50 scientific works. 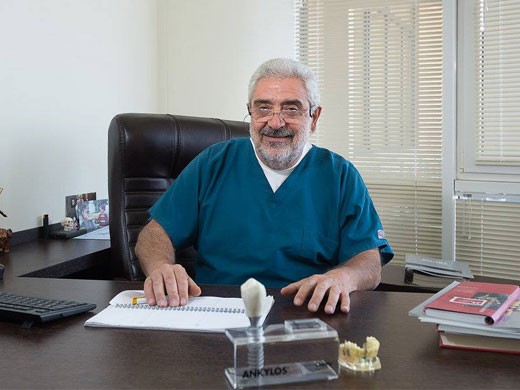 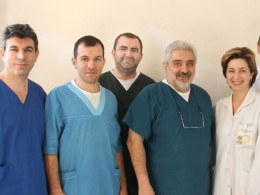 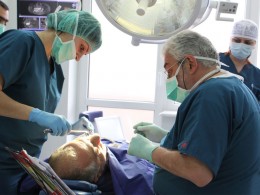